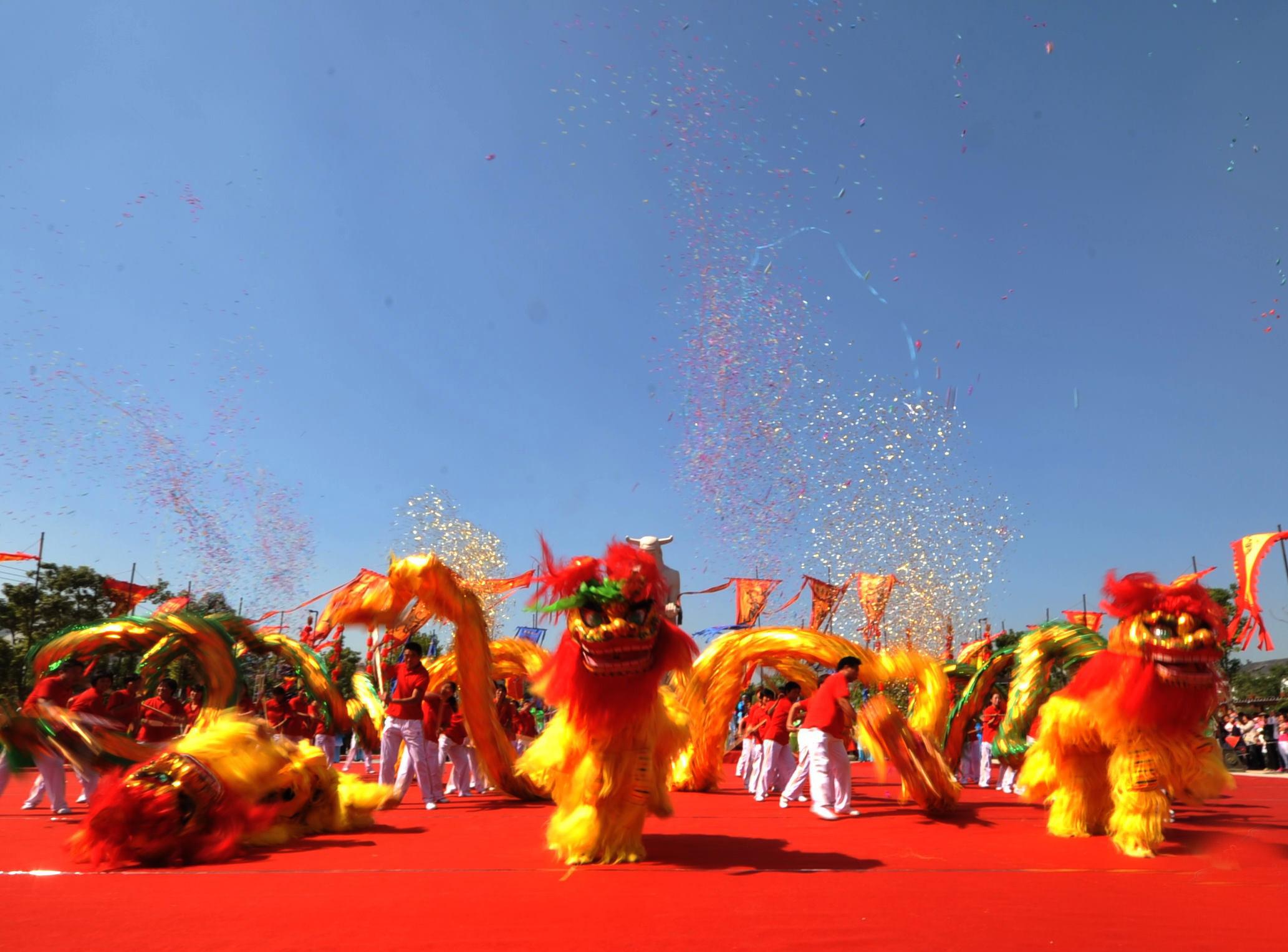 With a history of more than 1,000 years, lion dance is a form of traditional Chinese folk performing art in which Kungfu, dance, gong, drum and music are combined. Lion, king of beasts, symbolizes the strength and auspiciousness in Chinese tradition. The Chinese deems that lion images can exorcise demons and evil. Therefore, the art creation is not confined to static images, but extends to dynamic lion dance in which performers mimic a lion's movements in a lion costume. It is usually performed during the Chinese New Year and other Chinese traditional, cultural and religious festivals or at important occasions such as business opening events, special celebrations or wedding ceremonies. With more Chinese people immigrated to other countries, it spreads all over the world.In 2011, it is inscribed on the List of National Intangible Cultural Heritage of China.