Pavillon de France is aimed at making full use ofthe opportunity of the China (Sichuan)Pilot Free Trade Zone and building up amulti-functional, representative and comprehensive exhibition hall that B2Bcommerce, art and culture promotion and exchange, talent incubation andeducation in the Pilot Free Trade Zone can coexist and develop at the sametime. The international platform—the Pilot Free Trade Zone will create acooperation platform of talent incubation for enterprises at home and abroad,and an bridge of bilateral art and culture exchanges. It will also turn thePavillon de France into a facility that boasts art exhibition, roadshows,internships for colleges and universities’ students and communication amongenterprises with the connection and fusion between overseas art elements andQingbaijiang culture and that offers entrepreneurs and innovators excellentoverseas resources.

She wasraised between Buenos Aires, Paris, Cape Town, Montevideo, London, and currentlylives and works between London and Paris.

Over theyears she has elaborated a visual scenario about a fiction of anticipation.

She has used a variety of medium such as burnt woods, shark skulls, cordsand words to express her message in a conceptual and harmonious way when she isin a conventional art form.

She hasalso been prolific in the digital art form: video, VR and digital (QRCodes).Her latest video: Beyond the Unknown was shownat the Venice Biennale in 2018. Grim finds that digital art is the new way ofexperiencing the world as indeterminate and fragmentary, and a breakdown oftraditional boundaries between artist and audience, artwork and artisticprocess. For her it is the most suitable media of our era in that it isimmensely exible and allows the viewers a form of escapism and discovery no othermedium can compete with.

Chorographer, tap-dancer and video-maker, GhislaineAvan never ceases to marry her art with all the disciplines which hersupernatural instinct of encountering and exchanging with others allows her todo. The life and the work of Ghislaine are so nourished by these unusualencounters, these explosive collisions, these incredible coincidences, that onehas to wonder if it is not this sense of openess, this receptiveness, which hasbecome, for her, an art in itself. This reveals in any case, the essence of herresearch, as an improviser of a spontaneous discipline, immediate liketap-dance, carried over through the line of her work and to her encounters,towards choreography, and now towards film making.

Le LA du Monde is a movie project In-Progress thatI’ve been working on since 2006.

Since 2006, Ghislaine Avan undertook the making ofa film entitled Le LA du Monde (The One Tune for the World), the result offilming people

around the world, from all backgrounds, nationalities and in all languages, reading anexcerpt from Dante’s poem.

As of today, she filmed more than 2,000 people on 4continents, in 26 countries, 75 regions, 146 cities, in more than 45 differentlanguages and dialects and in more than 600 places. 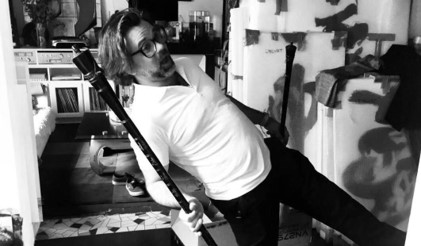 Chris Calvet is a French artist but loves tocombine the traditional Chinese calligraphy and painting with westernphotography and performing arts. His works realize and embody the collision andintegration of Chinese and Western, traditional and modern arts. Such creationsare not only the unique artistic innovation but the sublimation of artaesthetics. What’s more, his artworks show a more positive attitude towardChinese art and culture in foreigners’ eyes and more possibilities of havingexchanges and communications between Chinese and western arts and cultures. 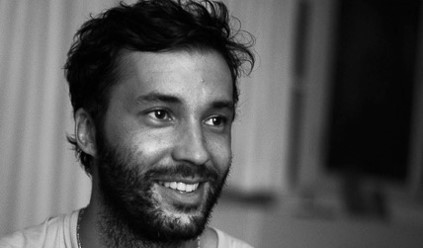 In2014, Thibaud Tchertchian showed a series of original drawings from anauto-published book in Bangkok, Thailand. Half of the book is an illustratedstory in 3D. The second part is a compilation of watercolors with aphorisms.Four years later, the first part of the book is shown in Paris at FGO-Barbara,while the other part is here at le Pavillon Français of Qingbaijiang. Thibaudis a painter artist, coming from graffiti, born in Paris in 1983. Afterstudying in fine art school, he now did thirteen group exhibitions, nine soloexhibitions, eight book publications and two resisdences.